Electric cooperative leaders say the Environmental Protection Agency’s proposal to replace the Clean Power Plan would allow them to serve members the cleanest, most efficient and affordable electricity available. 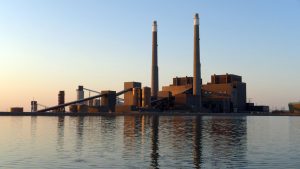 EPA proposed the ACE rule on Aug. 21 as a way to reduce carbon dioxide emissions from the power sector to about 34 percent below 2005 levels. The ACE proposal differs from the CPP in the following key actions:

§  Grants states more authority to make decisions about how they implement the ACE rule at each facility.

§  Focuses compliance to “inside the fence” efficiency upgrades at power plants.

Basin Electric’s nearly 3,700 megawatts of coal capacity was at risk with the CPP. Yet the G&T’s portfolio is evolving with more natural gas and renewables as coal’s share dropped from 85 percent in 2000 to 44.6 percent this year, Sukut said.

“Under the CPP or the proposed ACE rule, Basin Electric has and will continue to investigate all technologies that may show promise in improving…our plant efficiencies, which would result in savings to our member-owners,” he said.

Great River Energy said it is ahead of the curve as five of seven compliance technologies described in the ACE proposal are already installed at its 1,100-megawatt Coal Creek Station. The Maple Grove, Minnesota-based G&T also plans for half of its portfolio to be renewables by 2030.

“Great River Energy makes decisions based on what is best for our member-owner cooperatives while continuing to operate all of our generation resources in an environmentally responsible and economic manner,” said Eric J. Olsen, its vice president and general counsel. “With or without the ACE, Great River Energy is working to make our plants more responsive to market forces and lower in emissions.”

“With this proposal, EPA is recognizing the critical role of states such as Georgia to determine the best way to strike a balance of regulating carbon emissions while maintaining electricity reliability and energy security” said Toni Presnell, vice president of environmental affairs at the Tucker-based power supply cooperative.

Luis Reyes Jr., CEO of Kit Carson Electric, said his co-op is pursuing technologies that will survive the next 10 to 20 years, such as energy storage. The nearly 29,000-member distribution co-op in Taos, New Mexico, is 30 percent of the way toward its goal of getting 100 percent of its daytime generation from solar, and neither EPA rule would hinder its success, he said.

“We have taken the position that all politics is local. What happens in D.C., is not going to affect our ability and desire to give our members what they want, which is solar at the lowest electricity rates possible,” said Reyes. “We have to react to our members and the market, not the policy.”