Electric cooperatives want the Environmental Protection Agency to recognize their efforts to protect their members’ wallets, assure grid reliability and reduce carbon dioxide emissions as the agency works to replace the Obama-era Clean Power Plan over the coming months. 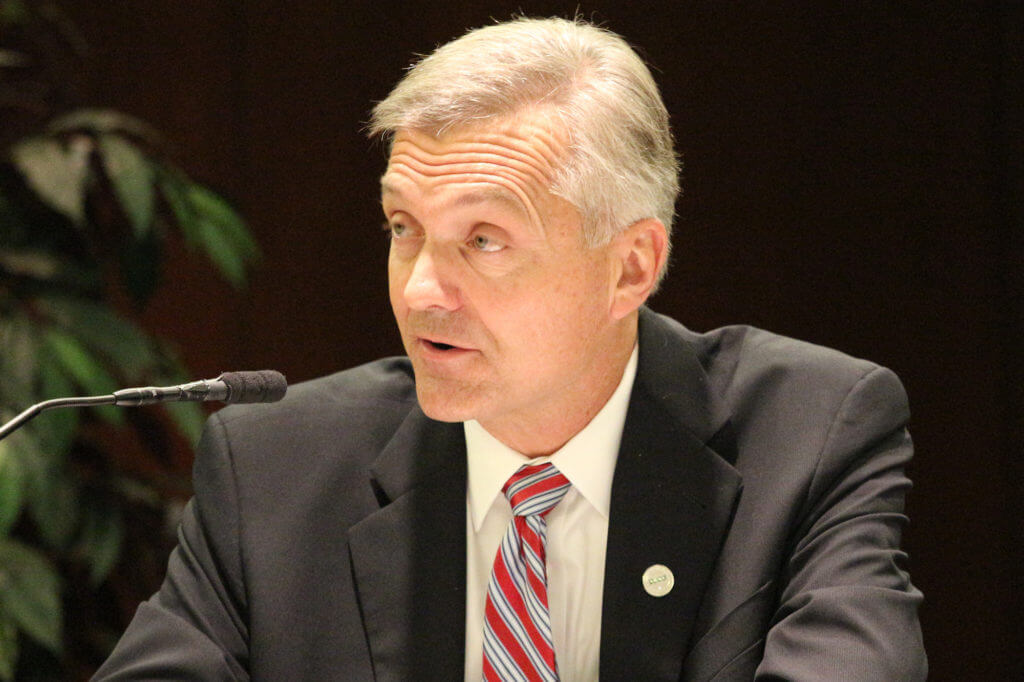 “The proposed rule provides crucial flexibility so electric co-ops can respond to market conditions, technologies and industry changes at the same time they continue to contribute to the vitality and prosperity of the communities they serve,” Matheson told the EPA at an Oct. 1 public hearing in Chicago.

Matheson told the panel that the proposed ACE rule improves on the CPP because it moves the industry in a lower-carbon direction. It’s also designed to allow power producers flexibility to recoup the massive financial commitments they’ve made in power plants.

“The billions of dollars co-ops have invested in power plant development represent an investment in certainty of being able to provide power to consumers on a long-term basis,” he said. “The ACE proposal does include that consideration. It could provide electric co-ops with the certainty and flexibility they need to cost-effectively meet their local energy needs.”

The EPA unveiled the proposed ACE rule on Aug. 21. The new regulation would, among other things, allow states to determine the “Best System of Emission Reduction” for each unit and give them three years to devise implementation plans. It also would make it easier for plants to make efficiency improvements without having to go through a prolonged and costly permitting process.

As the EPA prepares to write the final rule, the agency is expected to consider comments from the recent hearing and those sent during the public comment period, which ends Oct. 31. The 2015 Clean Power Plan was stayed by the U.S. Supreme Court and has never taken effect.

Hamman and Berger delivered several recommendations for EPA to consider:

Ensure new operational performance standards are achievable by individual power plants, that they protect grid reliability and that they will minimize undue economic impact for consumers.
Affirm that states have the authority to provide additional flexibility to utilities in meeting the new standards such as considering the remaining useful life of the unit when determining if any additional action is warranted.
Allow states to consider things like operational variability, compliance measurement inaccuracy issues and unit historical emissions.
Rectify compliance measurement inaccuracy problems to give plant owners greater regulatory certainty.
Headquartered in Bismarck, North Dakota, Basin Electric is a wholesale electricity provider to 141 co-ops in nine states. Tri-State is based in Westminster, Colorado, and serves 43 member distribution systems across Colorado, Nebraska, New Mexico and Wyoming.