President Trump’s 2020 budget proposal once again calls for selling off federal dams and transmission lines that are crucial for more than 600 electric cooperatives to provide low-cost power to their consumer-members. 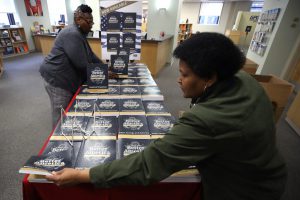 The president’s proposed budget also calls for authorizing the PMAs “to charge rates comparable to those charged by for-profit, investor-owned utilities, rather than being limited to cost-based rates, for electricity.”

But the Tennessee Electric Cooperative Association and the Tennessee Valley Public Power Association said that electricity sales, not government appropriations, have paid for the operation and maintenance of TVA’s assets for more than 50 years.

“TVA’s transmission assets have been paid for by the ratepayers of the Tennessee Valley, and we believe they should not be sold to interests who may not place a priority on public power or the Valley’s interests,” the two associations said in a joint statement in which they vowed to fight the plan.

They cited a 2013 study by the Howard H. Baker Jr. Center for Public Policy that showed that TVA had returned more than $3 billion on the federal government’s original investment of $1.4 billion.

Members of Congress from both parties have already signaled their opposition to the president’s plan, which is unlikely to pass. Lawmakers tend to view presidents’ budgets as little more than wish lists since Congress is vested with the constitutional power to write and approve spending bills.

Rep. Greg Walden, R-Ore., warned the administration last year that any effort to sell off the Bonneville Power Administration was “the one … bad idea that unites all of us in the Northwest” in opposition. Sen. Lamar Alexander, R-Tenn., has called the idea of privatizing the TVA “looney.” This is the third time Trump has made the proposal in his annual budget request.

The proposal to sell off the transmission assets was part of what Matheson called “a mixed bag for rural America” in Trump’s budget request to Congress.

Positive items for co-ops in the proposal include $200 million for rural broadband and $5.5 billion for loans from the U.S. Department of Agriculture’s Rural Utilities Service to help upgrade the infrastructure needed to provide electricity to rural areas.

Other negatives for co-ops in the plan include the elimination of funding for the Rural Economic Development Loan and Grant program and a 30 percent cut in the administration’s international affairs budget, which Matheson said would likely hurt programs that help fund NRECA International’s efforts to bring electricity to remote villages in developing countries.